Cadiz, the favourite place for Spanish

Many Spaniards choose La Tacita de Plata as their favourite destination because, in summer, Cadiz is the ideal place to enjoy its beaches and gastronomy.

But today we want to show you that Cádiz is, besides beautiful beaches, a place with a lot of history and mysteries to enjoy in any month of the year.

In fact, when you stay at our Hostel, you will appreciate this essence of Cádiz. Each of the rooms at Planeta Cádiz Hostel is set in one of the many places in Cádiz that we recommend: The Cathedral, Las Puertas de Tierra, or the Campo del Sur. Even your room will be named after one of these magical places. So, apart from enjoying a place to sleep, you will live the historical mark of Cadiz.

Let’s get to the point: With more than 3,000 years of history behind you, hidden in buildings and underneath its floors, you will find an infinite number of places that will make you fall in love. But it would be impossible to go over three millennia of history in a few paragraphs here, so we will show you what you cannot miss if you come to Cadiz in Autumn.

The Cathedral of Cadiz

It dates back to 1722, and took 116 years to build. This incredible building, also called “Santa Cruz sobre el Mar” or “Santa Cruz sobre las Aguas”, is a work that was ordered to be built according to the times of great splendour and economic development of the city of Cadiz, and which combines the Neoclassical and Baroque styles.

Very majestic and imposing on the outside and spectacular on the inside, if you are lucky on foggy days (there are few) you can see the Cathedral of Cadiz wrapped in a white mantle, being something spectacular and unique to see. 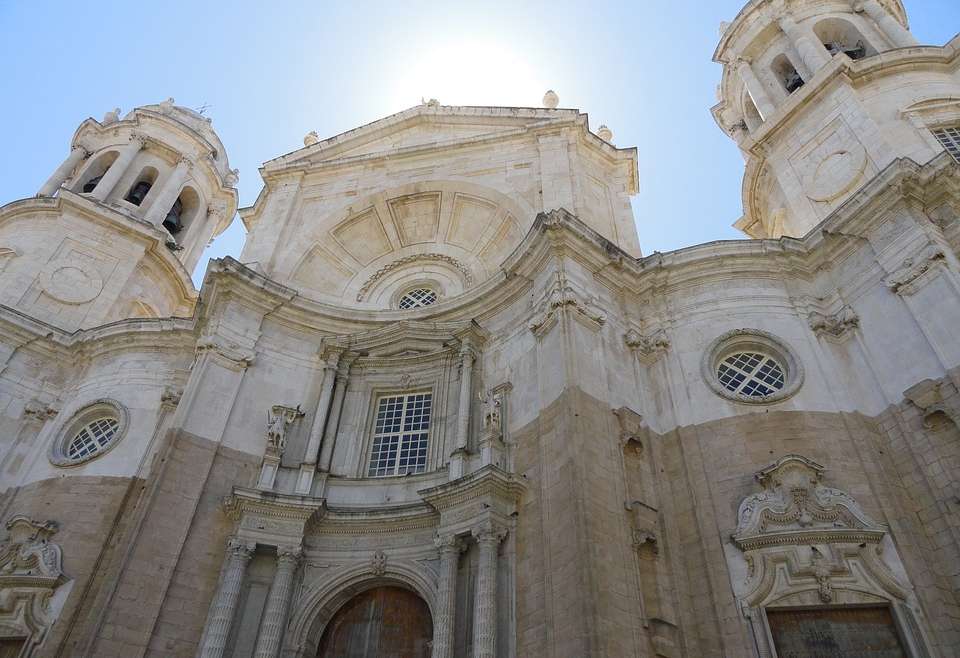 Very close to Cadiz Cathedral is the Old Cathedral, a church that was erected as a cathedral in 1263 and was built over an old Muslim mosque. It was officially built by order of Alfonso X The Wise, who wanted to be buried there… but this request was never fulfilled. 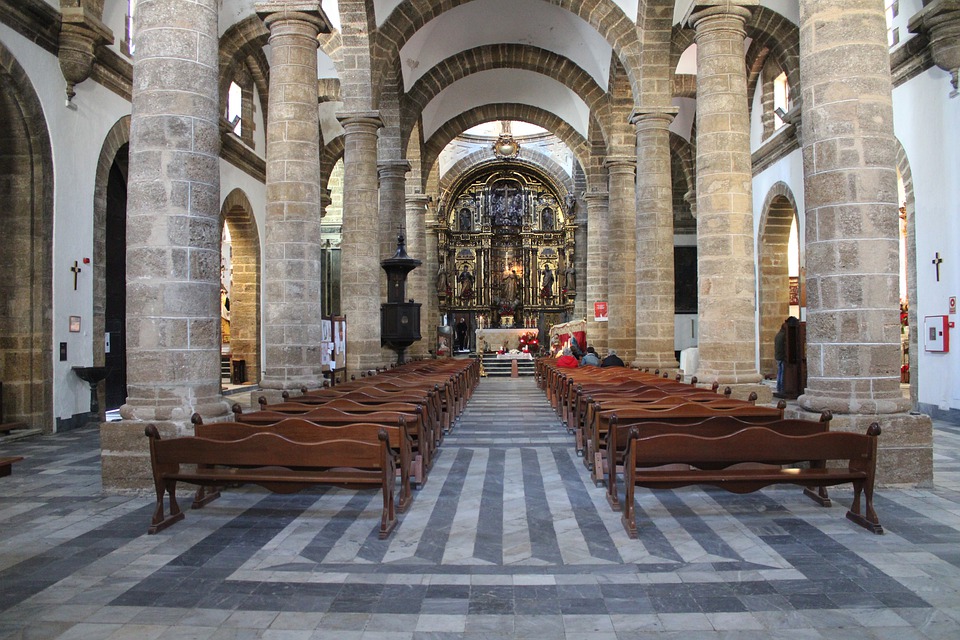 Right in the centre of Cadiz, near the Barrio de la Viña, the birthplace of Cadiz’s Carnival, is the Church of La Palma, a small chapel made of oyster stone.

It seems to be just another church, as you will see, 265 years ago, precisely “on the 1st of November 1755 at 10 o’clock in the morning, an earthquake was felt in the streets of Cadiz, and the sea was immediately afterwards enraged…” this is how the chronicle of the time tells it, written by the secretary of the brotherhood of La Palma.

“In the year one thousand seven hundred and fifty-five, first day of November, the Earth in violent swings of a tremor shook, enraging the sea its movements through the walls of Cadiz rose preparing the horror, anxiety and evils, the last punishment of mortals.

A priest fervently takes out the script of the Image of the Palm; From here do not pass, he says to the furious sea; and to the point the sea turns and everything is calm. For this remarkable and prodigious case this illustrious brotherhood, with the life and soul of God and Mary, in honour and glory of gratitude erected this memory”. 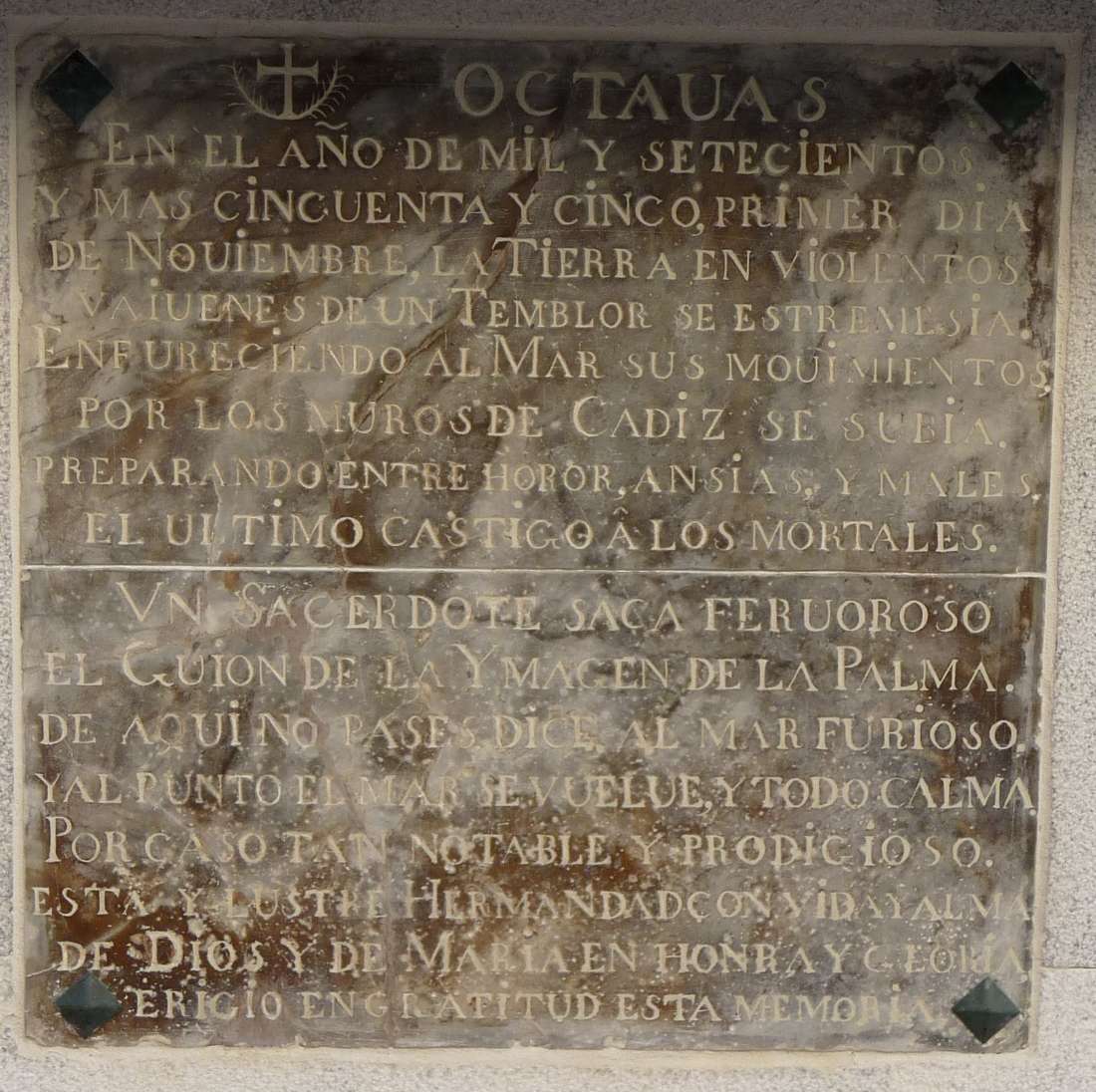 If there is one place where all the history of Cadiz is collected, it is undoubtedly the Museum of Cadiz, a place where you can enjoy Phoenician and Roman art and much more.

A place where you can enjoy all the history. 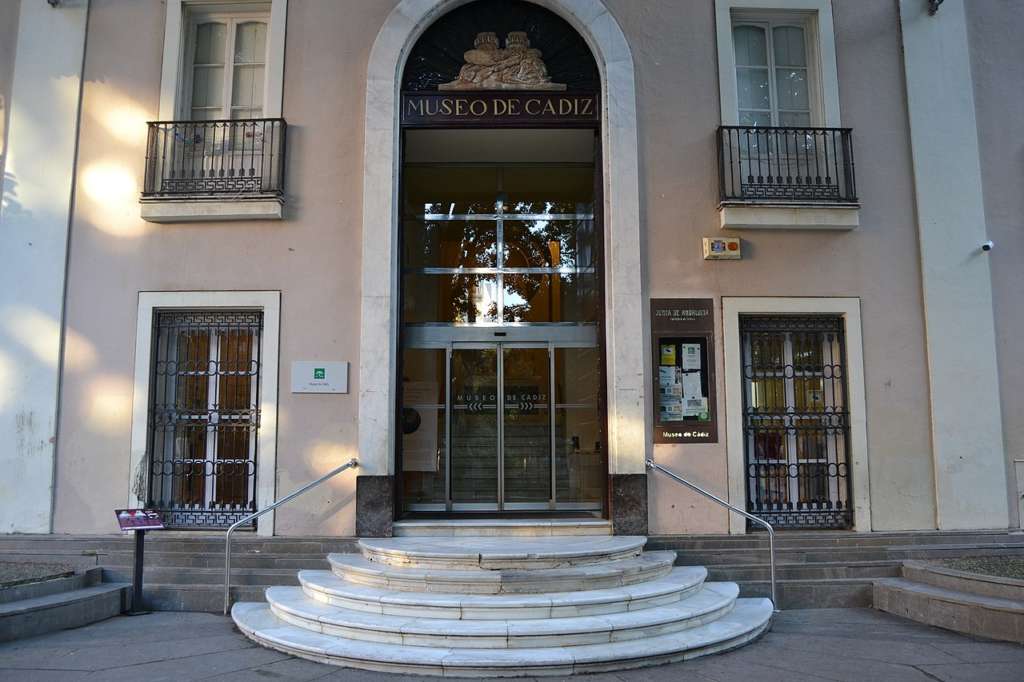 Who does not know the mythical photo of the Campo del Sur, its mythical walk where you will see, on the one hand, the immense sea and its magnificent smell of saltpeter and, on the other hand, the old buildings that fight with the weather.

As a curiosity, Cadiz is called the other Havana, because of its similarity to the Havana of Cuba. You have a song by Pasión Vega called Las Habaneras de Cádiz, which tells of the similarities between Havana and Cádiz

A wall that separates the historical centre from modern Cadiz, a history of the civil war, where dozens of Cadiz citizens were killed within its walls.

Now you can enjoy its views in the tower and on its walls, where you can still see the cannons.

One of the most emblematic of the city of Cadiz, located near the port, next to the Four Towers or the Customs building, and presided over by the monument to the Constitution of 1812. The pleasant walk, surrounded by impetuous history, is guaranteed, and more so when the project of pedestrianization of the entire area is carried out in the coming months.

We don’t want to end this post without recommending some of the oldest (and yet most unknown) places of testimony; the Phoenicians.

This is the Gadir Archaeological Site, the most important in the western Mediterranean due to the quality of the remains, according to the experts, where you will be able to relive, through its streets, houses and utensils from the 9th century BC, the ways of life of the already disappeared Phoenician culture.

An endless number of curiosities await you in this corner located at the highest point of the ancient island of Erytheia, the smallest of the ancient archipelago of Cadiz. Because for those who did not know, Cadiz by then was two islands separated by a channel.

Guess where Planeta Cadiz Hostel would be if we rewound 32 centuries: right in the depths of the channel itself. 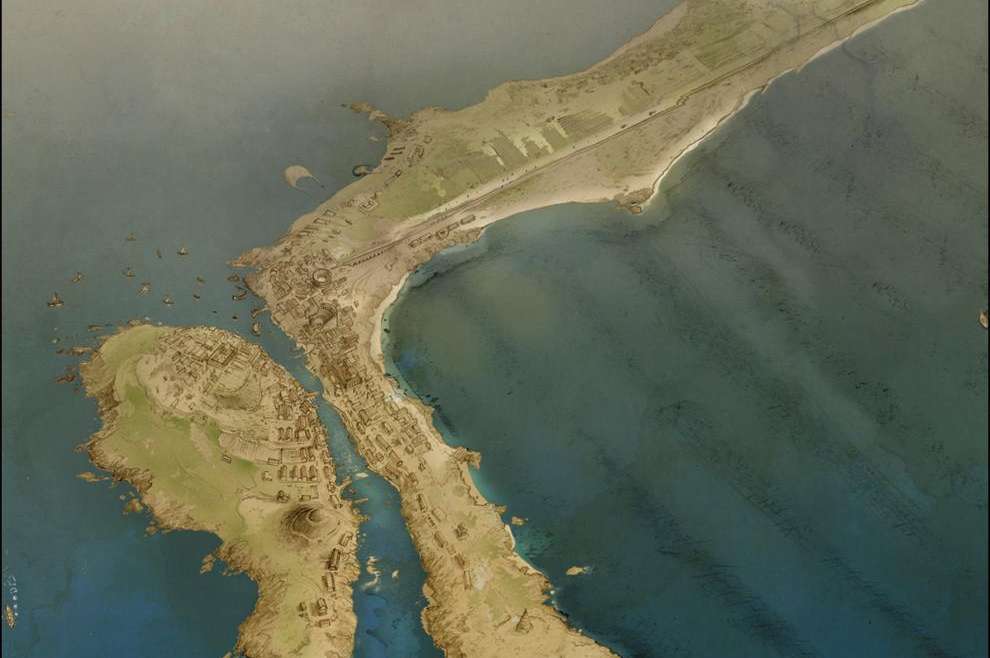 Video of Cadiz as seen by Dron

Of course we could not end this post with a nice video of Cadiz as seen by Dron, where you can see from the sky the city of Cadiz.

We have only scratched a few of the things you can visit in Cadiz, as you have seen, there is a lot of history behind it and much more that you will discover, but don’t worry that you won’t miss anything.

At Planeta Cadiz Hostel we’ll provide you with everything you need so that you don’t miss a thing in this city. More history and mysteries await you.

We are waiting for you! 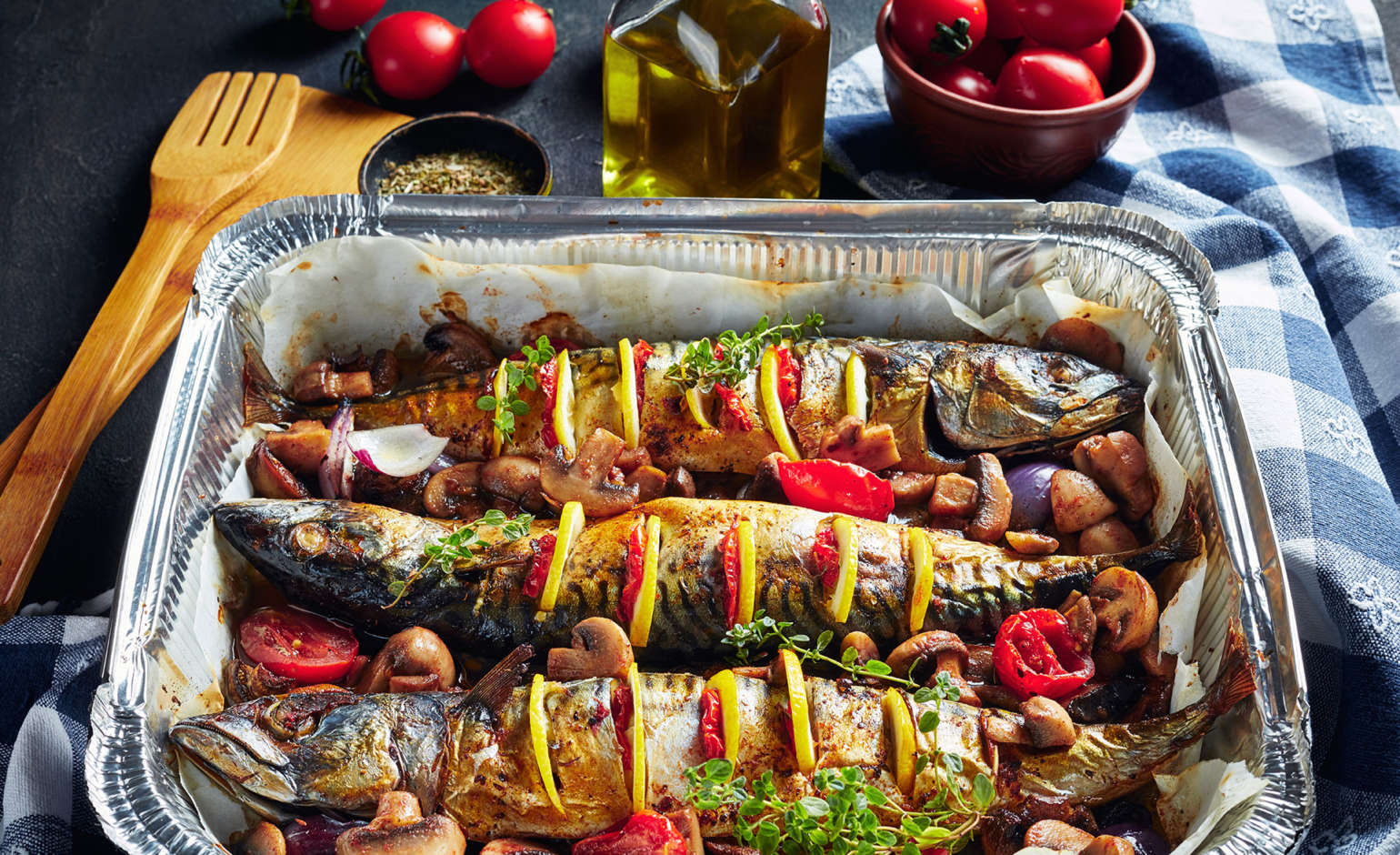 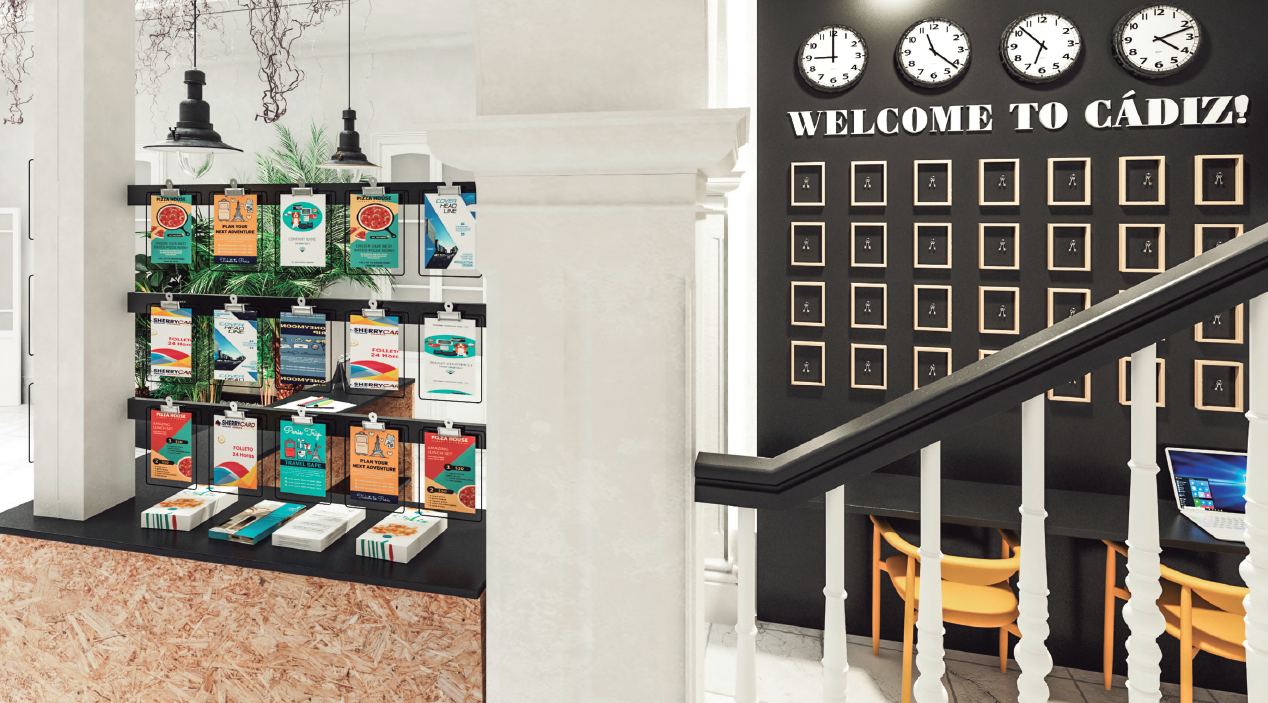 WHAT IS A HOSTEL 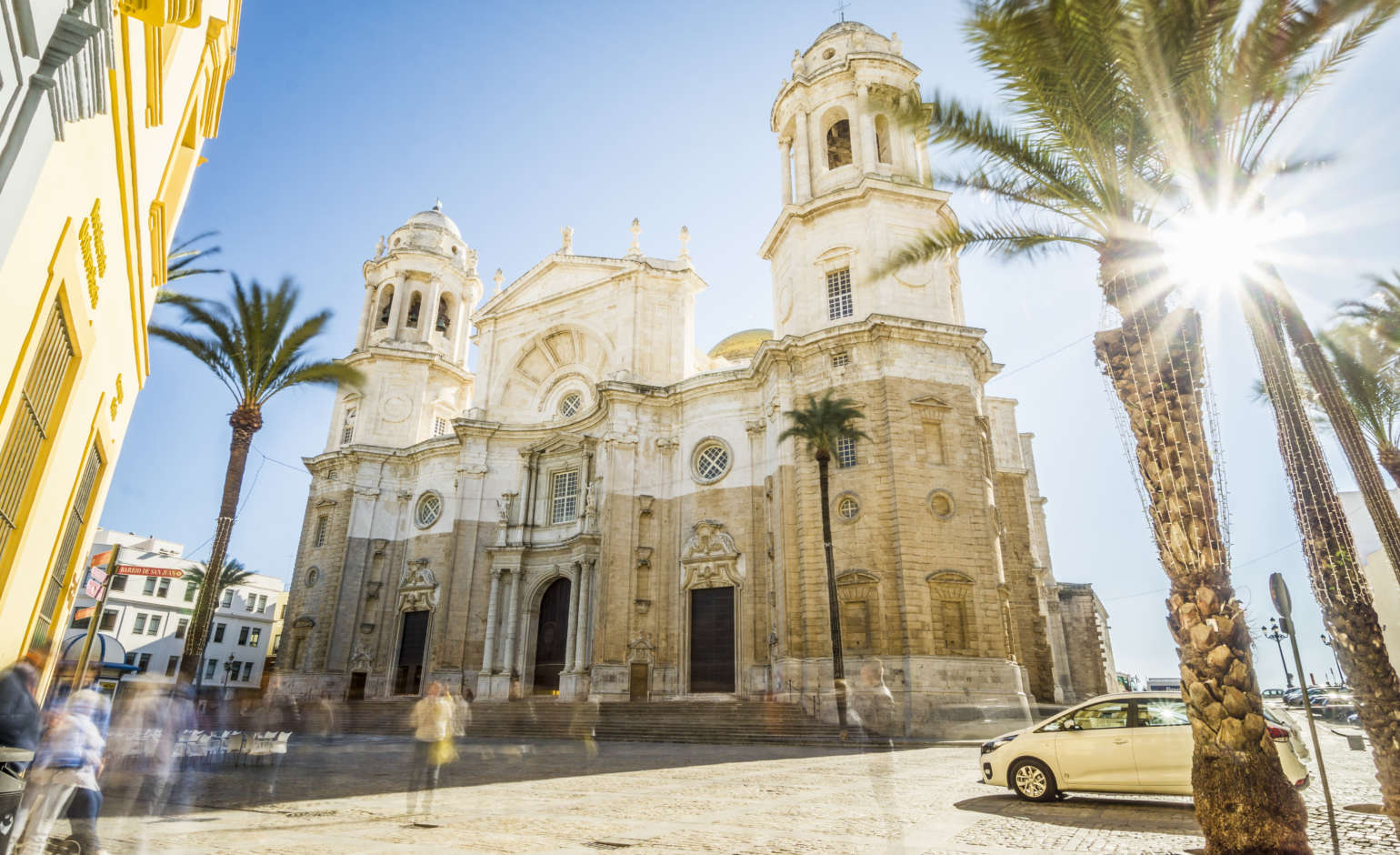 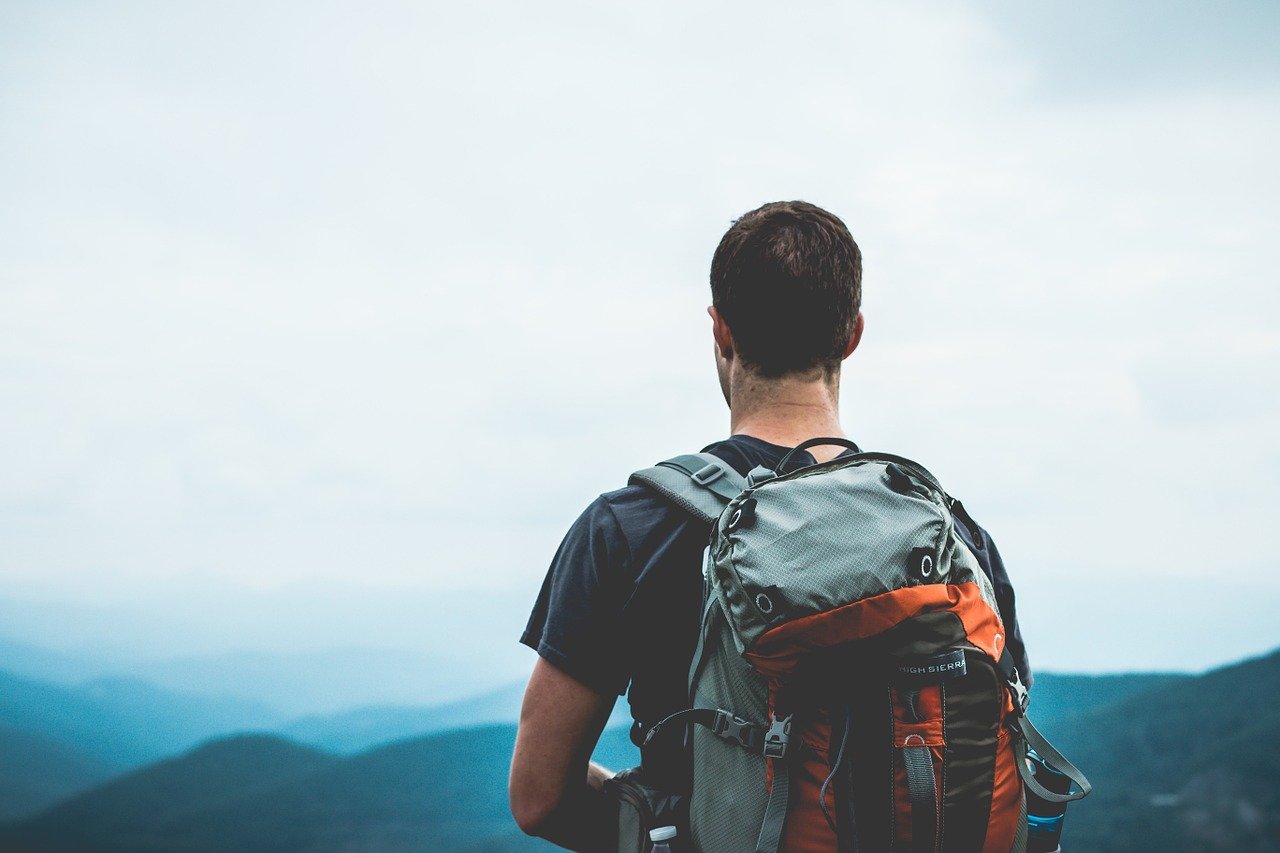 This property applies the comprehensive accommodation system to COVID-19